7 Ways to Attract the CRA Auditor Did you plan to attract the CRA Auditor?

Most people would rather pull their teeth out with pliers than have to deal with the CRA.

We all like to be in the spotlight occasionally, but its best not to stand out during tax time.

Some of the most common triggers that will attract the CRA Auditor include: 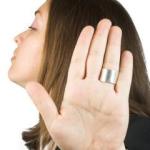 A sure-fire way to get the CRA Auditors knocking on your door is to ignore their requests for information. Initially, they will re-assess your return and you may end up owing money. If you refuse to pay, they will garnish any government benefits you receive. They will also hold back any future income tax refunds you may be entitled to until they collect the full amount owing (plus interest). Furthermore, your file may be flagged for future audits. My advice – respond as quickly and completely as you can.

2) Significant changes in deductions or credits

Consistency is key. Any time your income tax return significantly differs from a previous return, it will raise a red flag for the CRA Auditors to review your file. If you claim a benefit which you didn’t previously claim, be prepared to support your claim.

Claiming 50% of your home expenses as a business expense is a definite trigger to attract the CRA Auditor. In order to claim such an amount of space, it will have to be used regularly for generating business income.

4) Claiming 100% business use of vehicle

To say you never use your personal vehicle for anything other than business is unreasonable. Even using a company car to and from the workplace is considered personal use. Therefore, when using a vehicle for work purposes its best to keep track of business mileage and total mileage to support any claims made for tax purposes.

You live in a ritzy neighbourhood where the median income is $200k, but you reported $30k on your tax return last year. This type of variation in return suggests unreported income to the CRA. Not only is it a trigger for a CRA Auditor, but it may also create a domino effect triggering a "net worth" assessment.

Many self-employed tend to want to over-report expenses and under-report income, a common practice that the CRA is all-too-aware of. The CRA knows your industry, they have the tools to identify whether your rates are reasonable.  If your business doesn't fit the generic profile for your industry, the CRA Auditor will likely be in contact with you.

The isn't a comprehensive list by any means, it simply conveys some of the most common situations that will trigger the CRA to audit your books.

If you're not sure about something when it comes to your tax situation, talk to a professional accountant.